So, in the beginning this bear was going to be a cowboy. I was making his shirt plaid, and then I was going to give him a bandana rather than a scarf, but by the time I was done with his outfit, something was just wrong. I really didn't like him. His head looked funny, his legs looked funny. He just looked funny all over. After I gave him his face, things didn't look any better. So, I decided to give him a hat. He needed something to make him special. So I whipped up this hat, added a pompom, and when I sewed it in place, somehow it just made me remember those german guys you see at Oktoberfest. 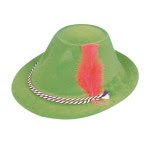 Maybe not exactly. But somehow it was close enough, that now I sort of like him. I think the hat makes him sort of cute.
Posted by Jeanne at 11:46 No comments:

Here it is! The updated slideshow. I tried to resize some of the pictures so that the slideshow flowed better. I'm not sure it worked completely. I didn't take big enough pictures at the beginning, so I couldn't get all of them sized to the exact same size. But all in all, I'm as happy with the slideshow as I am with the cross stitch. And that's pretty happy. I think it turned out well.

Yay! Here it is! This is the first picture I’m taking with my new camera! Isn’t it great? 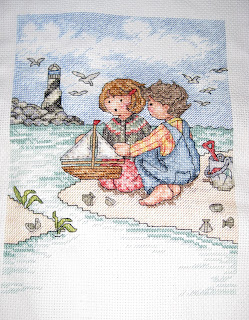 My latest craft is done. Done, done, done! Err – did I say done? It’s not done. sigh. I still have to add the names and the date. The names I know. The date: not so much. Well, I guess I finished it on time! Unless they elope. Highly unlikely. So all that there is left to do is figure out the font, hope that font fits the area left at the bottom, and x-stitch that in.

Now I just need to decide what my next project will be. A new sweater for me or a stuffed monkey. I have to buy yarn for the sweater pattern, but I think I can scrounge up yarn for the monkey. And who doesn’t want a stuffed monkey!? (Well, I'm sure the kid I'd be knitting it for would love it!) I saw this pattern in a library book, and I couldn’t resist it. Too cute. 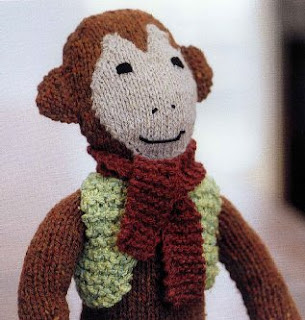 He's like my mother bear bears, only cuter, and a little more complicated.

PS - Updated slideshow is on the way. Can't wait.